While reading news from mainstream media, including Channel News Asia, I began to search for related terms on some very silly things said by then president-elect Donald Trump, including his comments on "Big Macs for Xi Jin Ping", and "Burgers for Kim Jong Un" to see if he actually did it on his recent meeting with Chinese President Xi Jin Ping. No Double Big Mac was offered on that meeting, but I chanced upon an interesting video on YouTube. North Korea (DPRK) actually has a YouTube channel!

Here is one official video of Kim Jong Un's speech with english subtitles. While probably millions of people around the world are concerned about the rising tension in the Korean Peninsula, I don't think even 1% of them know how Kim Jong Un sounds like.

You will never see this on mainstream media:

Rare speech footage of one of the last strictly socialist country on earth.

18 minutes long video. Very intense stuff with intense politics, in an intense environment. And imagine everything in their everyday politics being like this, I wouldn't want to live there but from this rare video you can actually see things from their perspectives. Sanctions after sanctions, with many real impending dangers of foreign invasion/toppling of their dictatorship-like socialist regime, they are still standing strong in their cause for a strictly socialist society. (China is really just communist/socialist in name, but largely capitalist) Whether for the good or bad, they are just like the last samurais defending their ideology.

Many elements of their government structure seems really bizzare from western world's point of view especially with stuff like the office of "eternal president" etc, but from how I see it, ancestral worshipping has always been part of east asian culture all along, except for modern day China which has gone through cultural revolution to destroy traditional cultural elements like that.

In the traditional chinese folklore/taoist religion that is still in practice in Hong Kong, Taiwan, Malaysia and Singapore, ancestral worshipping is still a thing, meaning after you die, your descendents still worship you on altar on occasions. And as for North Korea, it seems like that they have have embedded traditional cultural elements like these, fused together with socialist elements influenced by former USSR in their constitutions when founding the DPRK, similar to how the United States have some elements of Christianity in their constitutions. And when you think about it this way, more bizzare claims like their leaders do not need to defecate is just supposed to be part of their folklore to create an air of cool myths around their leaders. (Similarly, chinese netizens calling Ivanka Trump a goddess does not mean much, the word "Nv Shen" / "goddess" is used with light meaning to any beautiful female in mandarin-speaking world, not meant as a worship remark.)

Food for thought for the developed world: 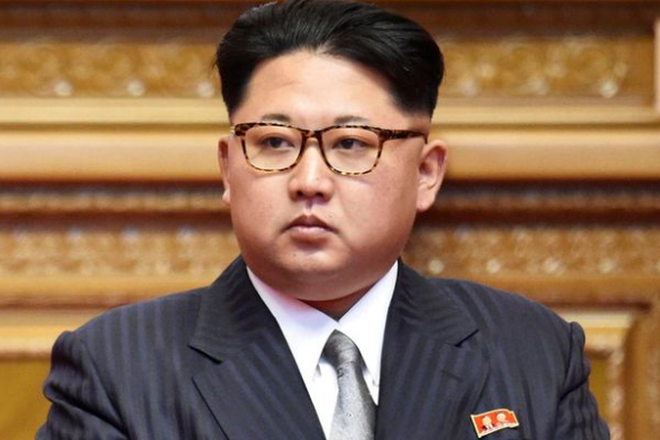 (Author remarks: This article is solely my personal views.)
[I also read on Donald Trump and Vladmir Putin, not just Kim Jong Un]