Opinion: The Singaporean spirit has died — At least in the heartland areas

An opinion not backed by numbers or facts, but Singaporeans living in the heartlands will understand it. 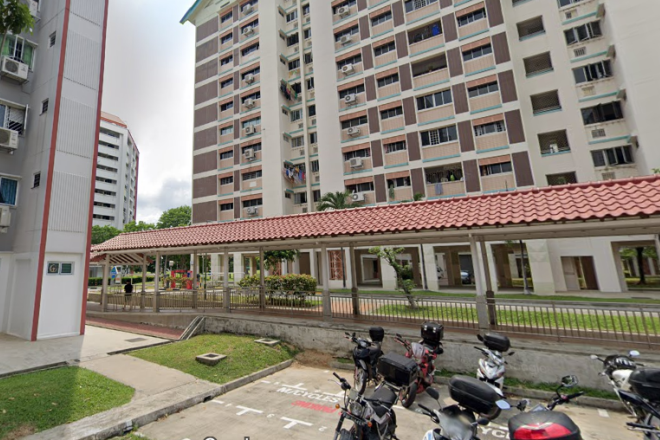 In my previous article, I wrote that I went on a 40 days exploration trip to Hong Kong (where I saw protests finally after 6 days), ShenZhen (where I saw some people spitting, or have well-dressed people coming to me to beg for food money but mostly a nice happy place), Xiamen (nice place), and Taipei etc. I also explored various parts of Malaysia. (JB, Penang, Ipoh, KL, Selangor etc)

I think it is safe to say that the Singaporean spirit has officially died now, at least in non-hub areas of our heartland areas. Just take notice of all the heartland areas like Tampines, Pasir Ris for example, just after 8pm, it's like a mini "dead-zone" without locals walking on the streets etc. (If any, they are the ones also with nothing to do, wearing army singlet and mostly jogging etc, or old uncles collecting trash cans which is also very prominent. Once in awhile, there are people, but very rarely.) - Definitely even lesser young people.

20 years ago, it wasn't like this, 20 years ago kids use to be playing toy cars or candles on the sandy playground etc, today, there are also kids playing on the playground (most playgrounds will be empty, but there will be some, with kids playing) but those are kids of the new singaporean citizens not the actual locals. 15 to 10 years ago (2003 to 2009), it wasn't like this either, 10 years ago our HDB areas are filled with "xiao bengs" and "xiao lians' cycling around, or mingling around the neighbourhoods, but today no young people are even mingling or strolling around residential areas, I'm talking about the space that 80% of Singaporeans live in, with so many tall flat buildings, yet so few people hang around outside of their homes. Should we blame technology? I think not. In China, where even more people use their phones equally or even more so than Singapore (they use phone to make payment as well), yet their streets are still brimming with people. Perhaps this is also one of the reasons why mobile phone payments can take off in China, but not in Singapore. Our Singaporean spirit in our own residential areas died. After 8pm, it is sometimes even much easier to see foreign india couples etc than our own young or 20s locals. I don't think this is how a country is supposed to be like. Definitely not what I have seen in Taiwan, where even the residential areas of RuiFang, far away from actual Taipei city is brimming with life. Same for TaiChung etc. Too much centralisation is going on, where only probably the city center of Singapore is still "alive", or places with mega infrastructures like Changi Airport etc. Maybe minorly so for the hub areas of heartland areas. (E.g. Tampines Hub)

But those places are not places where 80% of all Singaporeans live in. Unfortunately, we live in these mass blocks of HDB flats, nothing wrong with that, but it is no longer brimming with life like in the past. The locals knowing this, would rather remain indoors semi-permanently and only hang out, when it's workdays on working hours. Last time it wasn't like this but today it is. Even the Malays, whom I have almost never seen them bored much in the heartland areas, today can be sometimes overheard on phone saying "Singapore boring siolllll".

I hope our government will attempt to make life in Singapore heartlands exciting or interesting again. There are too many flats, the level 1 void decks of these places can be better utilise, to allow building of youth hostels, fashion shops, more small eateries, if they open up more of these places for commercial activities, it will liven up Singapore. Instead of that once in 800 meters mamashops one by one etc and the nearest marketplace 1km away etc. The spaces can also encourage local designers or artists, to do some wall arts etc. Our government should not only use those places to care for the young (playgrounds, kindergartens), or the old (RC, kopitiams) etc but remember that a large part of the actual Singaporeans living the time of their life are in their late teens to 40s or 50s. Today, this kind of interesting places are only in city center, or areas like Bugis, or wealthier Lorong Kilat. It should not be this way. All parts of Singapore can be more interesting. (P.S. This "Singaporean spirit" dying out thing also varies places to places. Yishun can be still considered more brimming with life, with many youths around, but definitely not in Tampines or Pasir Ris etc.)

Today, even on new year's eve countdown, the HDB areas are almost all the same 24/7.
Some day, we can revive this Singaporean spirit, and we should.

Also the election time is coming, the last time I remember there was some interesting activity in the heartlands is during the election rally in 2015 where many locals out of nowhere appear. It should not be this way. Election rallies should not be the most interesting thing in heartlands, Singapore heartlands should become a great interesting place with happy people doing activities that they like and making new friends etc, some day it should become a place like this. And this is not too much to ask for, other countries are like this.

Singapore will become a more interesting and exciting place (again), even for living in the heartlands. Singapore is not just about mega infrastructure projects or the mythical "Crazy Rich Asians" city-center. 80% of us live in very normal places which is not so normal now being too quiet (and nothing to do) after 8pm. I do not even want to mention the fact that our Singaporean public in bus now is almost totally dead awkward silence even with many people.
(Exception for groups of still poly or uni students etc)

- Allow parts of HDB level 1 void decks to be converted into commercial retail spaces, especially if it's clothing related (for young people), or youth hostels (for mingling), and also small cafe. Also allow maybe not shops, but small drawn yellow boxes areas where any locals (and must be locals), can sell anything just like a flea etc, maybe at a very small rental rate, or maybe can allow push carts. (P.S. Even the "mobile library" project is dead in the heartlands, I often see them, with many books, no one is even using it. The youths don't want that, but if you are book-smart people, they will find it harder to understand young people's mentality or what actually makes a place energetic)

- Implement a rule for SBS and SMRT buses, to either have a direction sound system installed (some "noise"), or playing light music, maybe from radio, or just classical beethovan music just like hostels and hotels could do fine.

- Make some parts of the HDB areas, like a hotel/hostel lobby, some seats etc, maybe create a few jobs to make it brimming with life. I know such things already exist at small scale, but I think you can call them failed projects, those study corners, nobody are using.  It could be air conditioned small space, with free Wifi, and power plugs, trust me young people will soon appear in void decks using those power plugs to do their own work or maybe playing games. That is fine. Right now, some void decks have these seats in study corner, rarely anybody is seen using them. [It will create many more new jobs this way in the residential areas]

- Allow some parts of HDB level 1 to be painted with nice quality wall arts by local designers - No Mr Kiasu kind of 1980 artwork. We need quality work, it is possible. I have seen them in Hong Kong and Taiwan. Surely Singapore does not want to lose out. [It will create many more temporary adhoc jobs this way, plus utilising local talents, and possible increment of tourists towards SG heartland areas]

- Each MP voted into the parliament should attempt to seek investments into their areas. Instead of just focussing on gracing public events or shaking hands with other VIPs or celebrities etc. They are voted in by the people in the area, they should attempt to make life better in those heartland areas that voted for them. And also not just once a weekly mandatory meet-the-people-session those things don't really improve the overall quality of life in the neighbourhood.

- Perhaps some day Ministers should not be MP, MP should be MP. And majority of MP votes for a PM, and then PM should choose his or her ministers from outside, non-elected, non-MP people to do the jobs of ministers. (They can focus on the ministries that way). Let the MPs be full-time or at least half-time, really making the quality of life in heartland areas better, perhaps through pulling in investments just like how city mayors of other countries would. All the big investments today, it is very safe to say that they are only confined to the country's city-center, and maybe one-north areas. The places where 80% of Singaporeans live are neglected. Furthermore today the bus fares and MRT fares have both increased, even more locals will want to stay within their residential towns, and the quality of living in these towns should be there. These towns with many flats built, should not only be about the infrastructures, these are the same things that have been used to describe the positive things of Singapore about the housing plannings etc, but it is pointless if there is starting to be no sight of life in the very places most of us live in.)

Singapore heartlands will be brimming with life again some day, soon, hopefully.

This is the reason why today, if you go down your HDB void decks, walk around, there are almost no young people, they either come out only to go to work, or in school, or "holidaying" abroad in JB, Batam, Bangkok, Taiwan, South Korea and Japan etc and they rather go so far away rather than being around HDB areas. It should not be this way. It should start with residential areas having things to do for the young people first, if the people in charge are aware of this dead air happening in Singapore residential areas.