Less of writing, more of pasting videos of their actual speech.

Short Summary of Chinese civil war history:
Shortly after Qing Dynasty fell in 1911, Republic of China was established in 1912 and governed the whole of China for a short period of time. A decade later in year 1921, another faction within China was founded called the Communist Party of China. A chinese civil war began and happened between the years of 1927 to 1950.

However, during that time the government of Republic of China was led by Kuomintang Party which is no longer incharge under the current DPP (Democratic Progressive Party) government under President Tsai Yin Wen. Taiwan's DPP government stance is currently pro-independence, which is not China wants. But at the same time DPP is also losing support with its recent election losing many major electorate back to the previous ruling party Kuomintang. Mainland China (PRC)'s stance is still the same, hoping to reunify Taiwan with China, but a reunification under a simple "One Country, Two Systems" is most likely not going to work out with Taiwan the same way it worked with Hong Kong and Macau.

Taiwan's story is a different case where they started as equals fighting for the whole area of China. To be "downgraded" from a republic central government itself into a "provincial government" status will not work out for Taiwan.

A possible solution for the mainland china and taiwan island issue could be the following:

Federation of Greater China (led by newly formed federal government with representatives from both ROC, PRC and "SAR" and autonomous regions.)

New unique political system that is semi-democratic and semi-autocratic. Problem solved.
(For the new superceding government entity, they will also need a new flag design as well.) 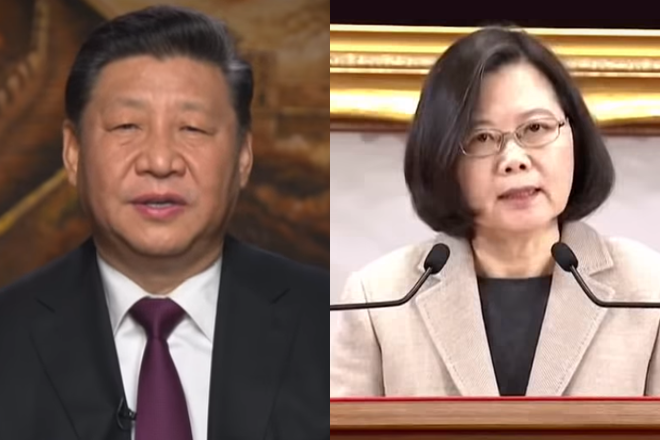